Secrets of Rome: 5 Lesser-Known Attractions of the Eternal City 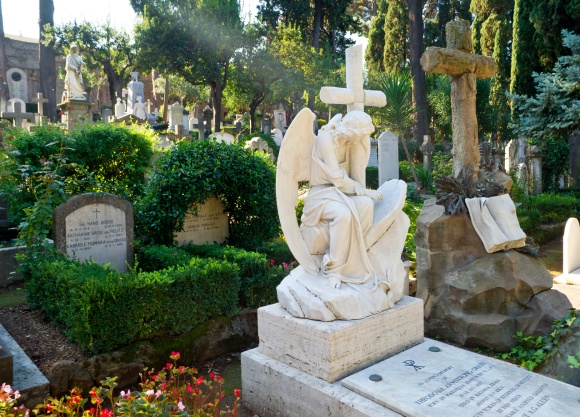 This post is a guest post written by Hanna Johnson, who lives in Rome and loves Italian culture. Previously, Hanna lived in London for two years where she completed her degree in Business Management. Now she is mom of two and loves exploring new places and special events in Italy. If you want to connect with Hanna, you can follow her on Facebook.

I’ve lived in Rome for two years now, and this city never ceases to surprise me. But there is so much more than the traditional sites like the Colosseum, the Pantheon, The Vatican, The Sistine Chapel. Why yes, Piazza Navona is gorgeous and Fontana di Trevi is romantic, but you are sure to share these locations with 5,000 other tourists in the same hour. Rome is a huge tourist destination all year round, so make sure to book your flight beforehand. For example, if you are in Milan you can easily take a train to Rome or access the city from other destinations. It is really nice travelling by train in Italy instead of booking a direct flight.

END_OF_DOCUMENT_TOKEN_TO_BE_REPLACED

The Cost of Train Tickets

I’m helping lead a mission trip to Italy in a few short weeks.  One member of our team came up to me early in our training and asked “How much does a typical train ticket from Rome to Naples cost?”   I answered with my standard response “It depends.”  I directed her toward the trenitalia website.  As I thought about it, I realized, the site isn’t very straight forward and it might be helpful if we covered how to look up train prices via the website.

First go to trenitalia and look at the top right hand side of the page.  There click on the British flag to change the language to English.

The Eurostar trains are fast especially is you want to get between major cities quickly – but it costs more. It’s a great way to travel.  I have always said the intercity train is ridiculous for one reasons. It stops at every vineyard, Roman ruin, and castle in the country along the way your destination.  The one draw back to the iC trains is they aren’t cheap.

Ticket prices often remain the same throughout the year per route.  This is the method I use when I am budgeting for my in country transportation costs.  I highly recommend it.

* The photos were screen shots taken from my computer the day of the post.